Lupe Medina wants to be remembered as a determined, hardworking and supportive 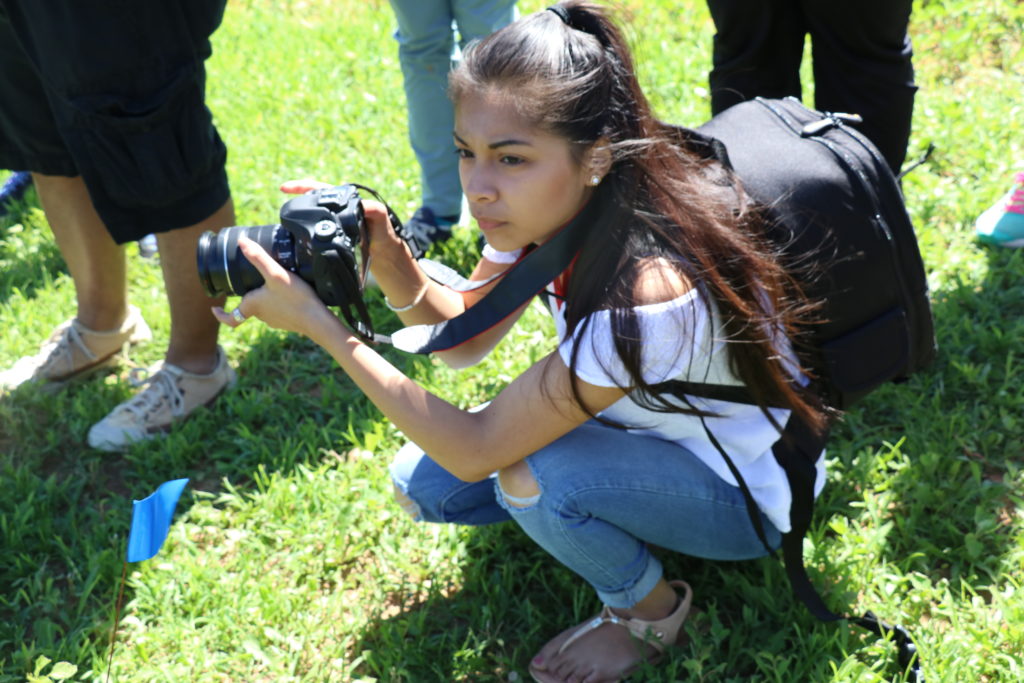 Silvestre Bautista and Imelda Medina moved to the United States without speaking English. It took a few years before their oldest child, Guadalupe Medina, brought the language home from school. From there, a bilingual family grew.

Medina was just 5 months old when her family moved to St. Louis from Mexico. With the help of her sister, Lupe Medina’s conversational English became contagious.

She relies on them as her support system, but said they can also be overprotective at times. She said she considers her parents to be role models because they have come a long way and show her that she can overcome any obstacles if she tries.

Medina’s dad started his own photography business approximately 10 years ago, which she has learned about. The business that her dad started developed her interest in video editing and photography. She began recording videos and taking photographs around the age of the 10. She prefers to be in control behind the scenes and wants to make it a career.

She has lived in numerous cities in the state of Missouri since her parents emigrated from Mexico to the United States. She describes St. Charles, her current home, as more peaceful than St. Louis, where she lived when she first came over from Mexico.

“I hear less violence in St. Charles and don’t have to deal with the distraction of police busting in my neighbors’ house in the middle of the night,” Medina said.

The United States is her home for good.

“I don’t want to go back to Mexico because I feel as if I’m accustomed to being here since I been here so long,” Medina said. “If I was to return back I would feel out of place,” Medina said.

She said that, while her parents keep up with events in Mexico, she does not.

Medina is most proud that she has yet to indulge in bad habits or negative influences, and she said she doesn’t give up when things get rough. Her favorite subject is math, leaving history to be her least favorite in school. The coming year will be her fourth in the school choir and, in her spare time, she surrounds herself with horror books and fiction novels.

“I want to be remembered as a determined, hardworking and supportive person”, says Medina. Her family nickname is based of her middle name, which is Monserrat, and they call her Monse, but Medina friends call her Lupe for short.

She said she is thankful for the help of her Journalism 2 teacher, who inspires her to do better and pushes her further to do great things.