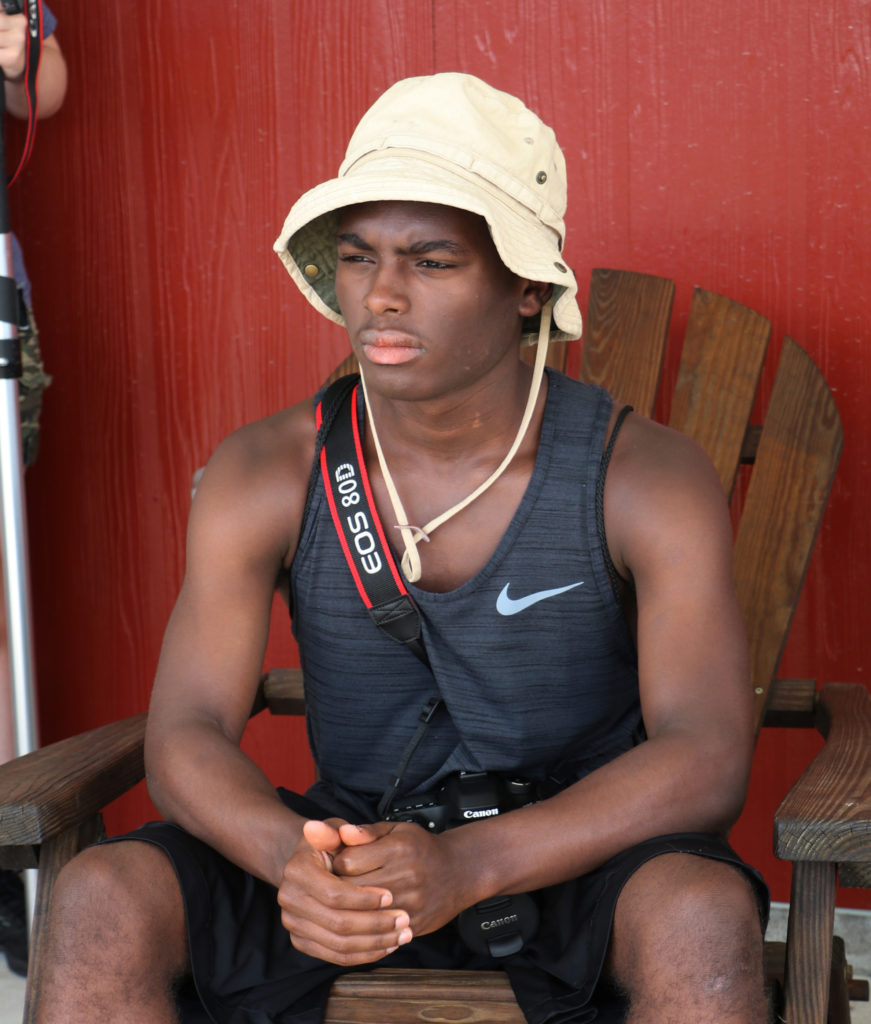 In a room full of people, Lexington resident Kaden Gaylord is the type of person who approaches and introduces himself to everyone

Gaylord said he was inspired by the rag-tag New York Giants team led by Eli Manning and their efforts to upset the undefeated season of Tom Brady and his New England Patriots. “Seeing the underdogs make a game-winning drive inspired me since all my life I’ve been an underdog,” Gaylord said.

Gaylord said he is an under-average height cornerback. He said to prove he was capable; he had to battle for a spot on the football team.

Gaylord started his pathway in sports with T-ball before advancing to the nation’s favorite pastime, baseball. Starting football at age 8, Gaylord developed a love for the game and had the best times of his life on the field doing something he loved, he said.

“When playing sports, I felt on top of the world – like nothing can bring me down,” Gaylord said. “I felt in my element.”

After multiple years and sports later, Gaylord is approaching his senior year at Paul Laurence Dunbar High School. Since the age of 13, Gaylord knew he wasn’t going to be 6-feet-tall. His best bet for continuing in sports, he said, was to talk about it. With his involvement in sports and love of watching ESPN, he felt this was his best option post high school.

As time went on, Gaylord’s classmates kept growing while his growth remained stagnant, creating athletic disadvantages. Gaylord had to elevate his talents to compete at a higher level in high school.

Currently, Gaylord is a sports editor for The Lamplighter, Dunbar’s student news organization. Gaylord said he aspires to be a sports analyst like Stuart Scott, a former anchor on ESPN. Scott inspires Gaylord because Scott is a successful African-American journalist.

“Kaden works hard as our editor,” Thorson said. “He’s had the position for the past year and probably will have it this year. He goes to all sports games and is popular among the athletes.”

As Gaylord’s days at Dunbar come to a close, he is contemplating his college choices. Gaylord is considering attending the University of Kentucky, the home of his favorite college basketball team.