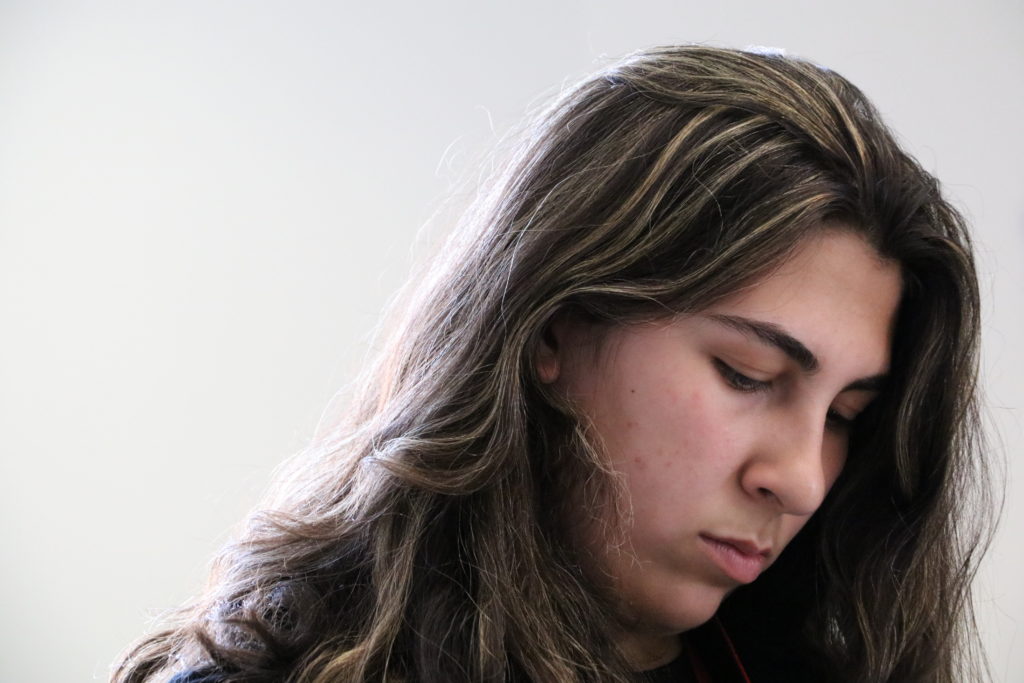 Sitting at a table facing a panel of three judges who had the power to determine the rest of her life, Lexington resident Sarah Yaacoub answered the question of what motivated her: perfection.

Her answers to that and other questions, she learned in March, apparently were persuasive.

Yaacoub, a rising junior, will enter the Carol Martin Gatton Academy of Mathematics and Science at WKU in August.

Yaacoub said she has always been a perfectionist, striving to push the limits of being a great student.   She said she was a starter on Lafayette High School’s varsity academic team, secretary of her school’s chapter of Young Democrats and a service member of the Math Honor Society.

Yaacoub is also a learning instructor at Mathnasium, an education center for math in Lexington, where she can share her love of math with other students.

“I thought about my interests and skills, and most of them lay in academic areas,” Yaacoub said.

She said she is passionate about math and writing and enjoys writing memoirs and vignettes that describe her growing up. Not only does she write from experience, but she also likes writing fictional stories.

At only 12 years old, Yaacoub got an invitation to apply to the Verbally and Mathematically Precocious Youth, or VAMPY, program at WKU.

While she turned that down, Yaacoub discovered another program that she felt would be worth the wait:  Gatton Academy. Gatton is a high school designed for academically advanced high school students in which students take college courses at WKU for credit.

Although Yaacoub’s parents forbade her from attending Gatton if she was accepted, she said she began the application process the summer after her freshman year.

Of the 400 students who applied, only half of them made it to the final round, which involved an interview. Yaacoub was one of those students.

She attended the interview and answered questions about her interests, why she wanted to attend Gatton, what she could give to the program and what she was currently giving to her community.

“It was nerve-racking because it felt like it could define my future,” Yaacoub said. “I don’t normally get nervous in social situations, but I felt like they were judging me because they were taking notes as I spoke.”

When she came out of the room, feeling relieved to have gotten it over with, one of the students helping that day told Yaacoub that hers was the longest interview of the day so far. Yaacoub felt conflicted, she said, asking herself if that was a good thing or a bad thing.

On March 6, Yaacoub got the news that she was one of the 95 applicants to get in. The only obstacle left, she said, was to convince her parents to allow her to take the opportunity.

After much persuasion about how Gatton could help her grow as a student more than her current high school could and a talk with her high school’s college and career counselor, Yaacoub’s parents finally said yes.

Yaacoub said her goals for her next couple of years at Gatton include going deeper into math and science and furthering her Arabic language skills.

Faced with the uncertainty of being away from her family, friends and home for a long time, Yaacoub said she is confident that whatever life throws at her, she can take it on and continue to excel, both inside and outside of the classroom.