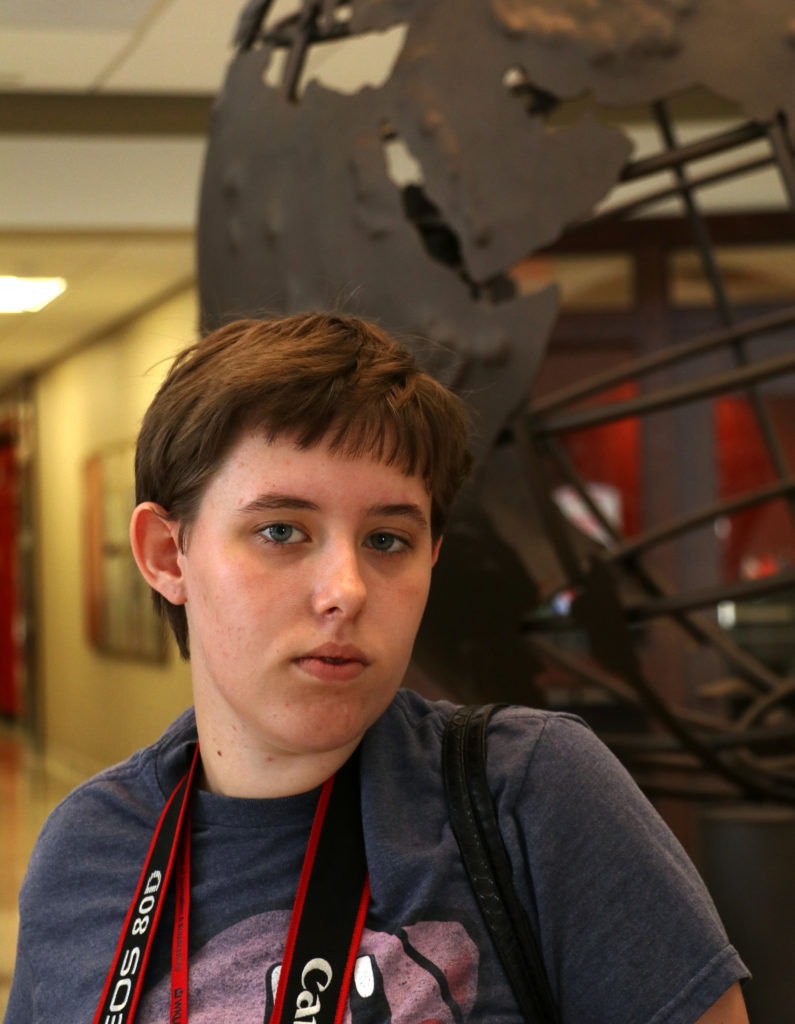 Veronica Clephas entered Fern Creek High School’s telemedia class with one mission: to leave. As soon as the bell rang, she had a hall pass in hand and was on her way to the school counselor.

As she walked down the halls of her school, Clephas remembered writing the application to attend Fern Creek for the sole purpose of taking art classes. She had even sat through meetings with the office administration that promised her an art class toward the end of her freshman year.

After a discussion with the counselor, she realized that was no longer an option. Due to schedule conflicts, she had to stay in Steven Boros’ broadcasting class for the rest of the year.

Once the note-taking was over and the “real work” began, Clephas was hooked. After being exposed to the lights, the cameras, the studio, etc., she decided to not only stay in the class for a single trimester but for the rest of her time in high school.

While researching Western Kentucky University, Clephas found the school’s Honors College and eventually the Chinese Flagship Program. She said she hopes to be accepted into both programs so she can pursue journalism while also focusing on language.

“I want to learn a lot of languages because I feel they’ll be helpful someday, especially if I’m a journalist,” Clephas said. “If I’m a reporter that interviews different people in different places, then knowing their language would be an advantage.”

Clephas is entering her third year of advanced Spanish and also started to teach herself German in her free time by watching YouTube lessons and putting her entire phone in German.

“Every time I tell someone I’m self-teaching myself, German, people always respond by being in shock, and I just say ‘NEIN,’” Clephas said, laughing.

Clephas attempted to teach herself Japanese, specifically the hiragana writing system, during her freshman year of high school.

“It’s a very complex language,” Clephas said. “I like the challenge.”

Along with teaching herself new languages and studying broadcasting, Clephas enjoys playing video games and educating herself on the politics of other countries.

“Even if it’s not happening here, it still affects me,” Clephas said. “World politics affects everyone.”

Though she obsesses over other cultures and politics, the self-described “language fanatic” had never ventured outside the state of Kentucky until the summer of 2017. Clephas visited Daytona Beach, Florida and all the states in between.

The experience, however, wasn’t quite enough. Clephas wants to travel all over the world.  She said she wants to “see other cultures and not just be stuck in this bubble of America.”

But for now, she’s just enjoying her time at the Xposure High School Journalism Workshop at WKU.

“I joined not only because it’s a good opportunity to learn more, but because it’s the only thing I really miss about school during the summer,” Clephas said. “I want to have an experience here that’s special.”